The Delta state government has released the sum of N269 million as scholarship grant to 47 first class graduates in the state
The beneficiaries were given N5 million each to engage in any study of their endeavours after being assured of automatic employment with the state government at the end of their studies.

The state governor, Dr. Emmanuel Uduaghan who released the fund to the state’s scholarship board for onward disbursement to the students promised to continue to fund scholarship scheme to encourage excellence in tertiary institutions in the state.

In his address, the state’s Commissioner for Higher Education, Professor Hope Eghagha said that the sum of over N296 million approved for the 2011 first class scholarship scheme was for five existing awardees and 47 new ones.

Prof Eghagha noted that the scholarship scheme was given out on merit just as he explained that nobody lobbied for it.

One of the beneficiaries, Mr. Michael Chijuka, who spoke on behalf of his colleagues thanked the state government for the kind gesture and promised that they would utilize the opportunity given them judiciously.

The governor also explained that the scholarship scheme was put in place to help build human capital and instil academic discipline in higher institutions. 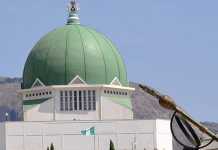