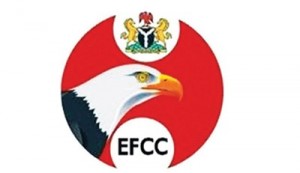 A 52-years-old Italian who was being tried by the Economic and Financial Crimes Commission (EFCC) over a $111,000 fraud died this morning in the Commission’s custody.

Mr. Mauro Zanin, the suspected fraudster is scheduled to appear in court tomorrow Wednesday, June 20, 2012 over a five-count charge for fraudulently obtaining the above sum from Gladwaters Nigeria Limited, owned by the complainant, Dr. Mma Wokocha.

“Zanin took his own life a day to his scheduled arraignment. He was supposed to be arraigned before the Federal High Court (5) in Abuja on Wednesday, June 20, 2012,” EFCC’s spokesman, Wilson Uwujaren said in a statement today.

“He was found motionless in the bathroom of the Commission’s detention facility in Abuja at about 4.50 am on June 19, 2012. He had apparently committed suicide using his bedsheet. All effort by the duty officers and a team of EFCC medical personnel led by Dr. Gideon Osi of the Commission’s Medical Unit to revive him with cardiopulmonary resuscitation proved futile. He was subsequently certified dead at about 5.45 am.”

“The remains of the suspect have been deposited at the mortuary awaiting an autopsy,” he said.