Contrary to the news circulating of the photos of the beautiful crew members of the Dana plane, these pictures were released as the original pictures of the crew members, but that has not alleviated the emotional trauma Nigerians seem to feel of the death of these Nigerians trying to make ends meet by working with an aviation company. Prior to the incident, these ones would have thought of so many things they were going to do on landing, and probably had plans that projected into months or years. Sadly these plans have left with them to the grave.

Vivien Effiong Atangakak, a Dana Air cabin crew member, was one of the crew members who diedwhen the plane crashed in Lagos.
She was to get married on 28th  July 2012, according to her immediate elder brother, Mike Ini Atangakak. 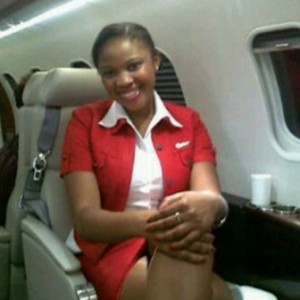