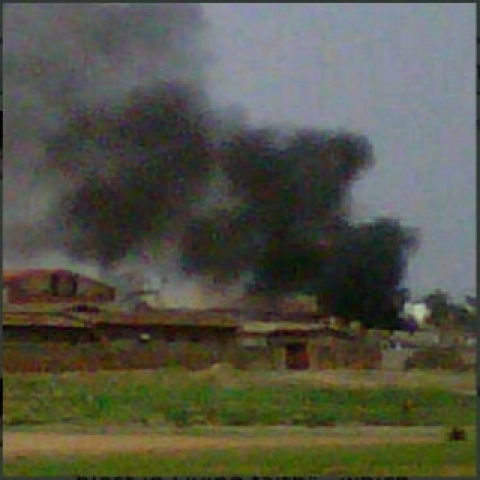 More than 12 people have lost their lives to a suicide car-bomb attack Sunday morning on Harvest Church, located between Living Faith church and Deeper Life Church  in Yelwan Tudu, Bauchi.

The attack also left many others injured.

Mohammed Ladan, the Bauchi State Commissioner of Police, confirmed the incident, describing it a as a suicide attack.

According to Bauchi residents, a man tried to drive a car through a fence outside the Harvest Field Pentecostal church on Sunday.

The vehicle did not break through the fence and the bomb was detonated. Some of those killed by the blast were inside the church and others were standing outside.

Eyewitnesses say the suicide bomber drove a Honda car into the church.

A witness told saharareporters that the attack has killed several people including the suicide bomber and guards at the church.

“We are still carrying out rescue operation and will speak to you later please.” the eyewitness said.

Other churches around the scene of the bomb attack have closed as security operatives have been sighted on scene.

Police and soldiers have cordoned off the scene of the blast.

No group has claimed responsibility for the deadly attack.
AdvertisementClick Here To Join The 10,000 Naira Giveaway For 100 People!