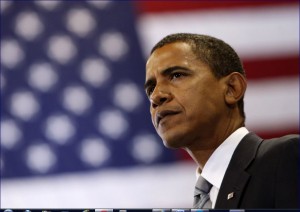 A diplomatic row between the governments of Nigerian and American seems to be on the way as the United States authorities directed the Bank of America, M&T Bank and Wells Fargo to close the accounts of the Nigerian embassy in Washington and its consulate in New York over money laundering fears.

Transactions across the various accounts reportedly triggered a red flag.

The decision is sequel to intelligence report generated by a panel comprising representatives of the US Department of Justice, the Federal Bureau of Investigations (FBI) and the Department of Treasury, unknown to Nigerian embassy officials, to monitor wires and traffic in all the accounts operated by the embassy.

An online website http://www.huhuonline.com/ had reported yesterday that the US on Wednesday vowed to ignore a request by the federal government urging Bank of America and Wells Fargo to unfreeze Nigerian embassy’s bank accounts in Washington, DC, and New York.

The move, according to sources, is setting the stage for a potential showdown between the two countries with Nigeria also threatening to reciprocate by freezing the US embassy’s accounts in the country.

The online media stated that about $3.6 million dollars was said to have entered and left the accounts in under a month, the latest transaction being the withdrawal of $50,000 in hard cash by a top embassy staff.

In rejecting the federal government’s request, a source in the State Department was quoted as saying, “The Nigerian embassy was unable to respond to requests for clarification about payments and transactions into the account and there are reasonable grounds to believe that the accounts are being used as channels for money laundering and other financial crimes.’’

The source, who said the move was not targeted at the country’s embassy alone, told the online news blog that the embassies of two other unnamed African countries were affected by the freeze.

Also, an unnamed federal government official in the foreign affairs ministry was quoted to have stated, “We must not accept the illegal decision to shut down legitimate embassy accounts simply because we are in America.”

A source at the Nigerian foreign affairs ministry told Huhuonline.com was asked whether Nigeria will go the extra mile to institute retaliatory action which could be interpreted as a declaration of war, and he retorted: “I don’t know if it’s an act of war, but it’s outside all norms of international behaviour…we’ll see what happens when push comes to shove.”

Since the freezing of the bank accounts, the Nigerian embassy has been grounded as it can no longer conduct regular embassy business, such as paying bills and the salaries of diplomats.

As part of efforts to resolve the issue, the auditor-general of the federation and a team of auditors left for the US to begin auditing the accounts of the embassy.

Efforts by embassy officials to open new bank accounts with other American banks have so far been politely turned down, prompting consideration of reciprocal measures such as closing the bank accounts of the U.S embassy in Nigeria.