Sources recently revealed that the battle line between the erstwhile record label mate, D’Banj and Wande Coal seem to be getting longer as the two avoid themselves at events.

Sources in the know disclosed that D’Banj, who is signed to G.O.O.D Music and is currently living in London, has literarily done all he can to ensure that his path and Wande’s never cross.

Insiders further divulged that he did this to ensure that no confrontation or argument ensues should they meet.

Meanwhile, Wande is said to have cleverly avoided D’Banj like a plague, he doesn’t mind being on the same concert or event with his erstwhile boss.

Unconfirmed reports also divulged that D’Banj feared that Wande might outshine him and also get the fan’s sympathy should they meet and perform at the same event. 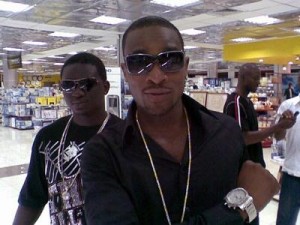