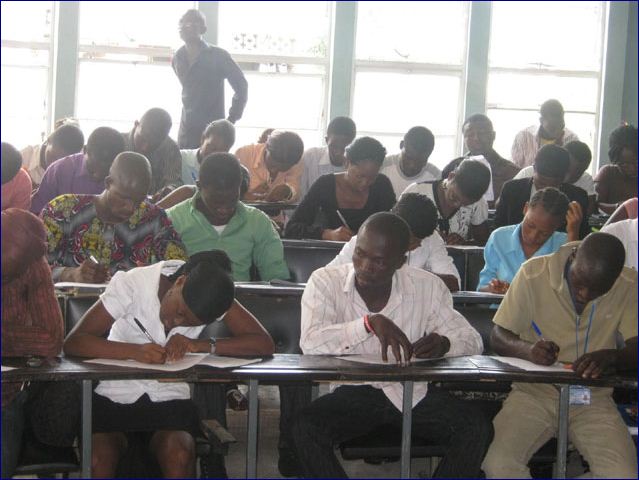 Those who engage themselves in assisting students cheat in various exams have made a staggering N375 billion in the past 15 years, the Federal Government said on Friday, amounting to N25 billion yearly.

The FG while expressing serious concern over the rate at which examination malpractices is increasing in the country urged the National Assembly to enact a legislation that makes it possible for parents and employers alike to take legal action against any institution turning out sub-standard graduates.

“Examination malpractice has become a serious organised crime, as evident in some private schools that pride themselves as virtual magic centres; sale of marks, grades and degrees in tertiary institutions; outright theft and forgery of certificates.” Director-General of the National Orientation Agency, Mr. Mike Omeri said while briefing newsmen in Abuja.

Mr. Omeri spoke on the ongoing collaborative effort between the agency and Exam Ethics Marshalls International for the restoration of integrity to the conduct of examinations in Nigeria.

Already, the campaign to raise the integrity bar has been designed to be nationwide. It is expected to start from Lokoja, Kogi State, on Tuesday.

According to reports prepared by the Exam Ethics Project, a partner to the National Orientation Agency, 12% of those who sat for Senior School Certificate Examinations engaged in exam malpractice.

The reports added that Nigeria ranks poorly in the average Examination Malpractice Index.