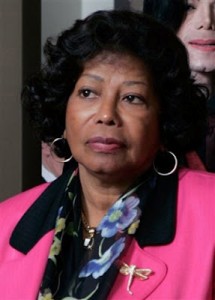 Michael’s three children have lived with Katherine since their father’s death in 2009. It was gathered that Madam Katherine had not contacted the grandchildren in the last one week.

Paris Jackson, Michael’s 14-year-old daughter, also confirmed the story on Twitter on Sunday morning. The missing persons report comes in the middle of disputes over Michael Jackson’s will, and conflicting reports over Katherine’s health.