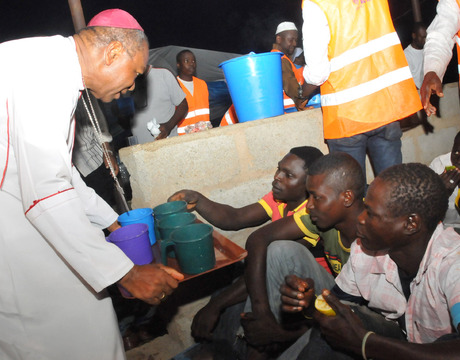 The Catholic Archbishop of Abuja, the Most Rev. John Onaiyekan, has called for greater inter-faith cooperation between Muslims and Christians to foster peace and unity in the country. Onaiyekan made the call on Tuesday in Abuja at the Al-Habibiyyah Mosque at Guzampe, where he visited with a team of Catholic clerics for the breaking of fast.

The archbishop, who arrived at the mosque in the same bus with some members of Al-Habibiyyah Society, told reporters he was at the place of worship at the invitation of his friend, Imam Fuad Adeyemi.