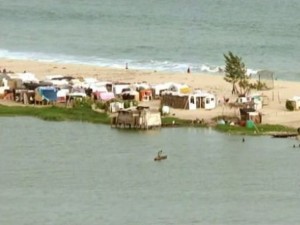 The police yesterday announced that Kuramo Beach would be closed for a week in order to get rid of criminals and squatters at the Beach.

The Divisional Police Officer (DPO), Victoria Island, in statement said “We are closing down the beach for one week; a team of security agents will continue to raid the beach to get rid of criminals.”

A combined team of officers of the police, Army, Immigration and the National Drug Law Enforcement Agency (NDLEA) had reportedly raided the beach last week and arrested some miscrants in the area.

The DPO in the statement further said that the beach management and the local government where the resort is located had been included in the team of task force to clear the beach of squatters.

“We are raiding all the cabins on the beach. Anyone who wants to work in the cabins must be known by the security agents.

“After the exercise, anyone coming to Kuramo beach must feel safe. We do not want criminals to use the beach as a hideout any longer.”

One of the mangers of the beach,who confirmed the raid,  said it will help the beach to keep up to international standards.

He added that the 60 cabins constructed by the government in 1999 for tourists to relax had been defaced, adding that some traders had constructed tents to distort the layout and aesthetics of the beach. 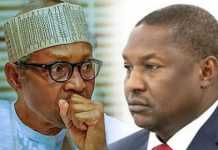