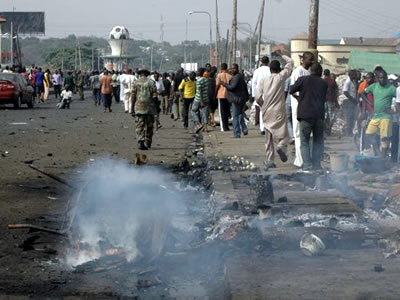 Fresh information emerging about the suicide bombing attempt to kill the Deputy Governor of Borno State and the Shehu of Borno yesterday, have revealed that the suicide bomber was a young boy of about fifteen years old.

The deputy governor continued, He: “Actually, the bomb did not explode in the mosque. It was detonated outside the mosques after we had finish the Friday prayers and we came out. As we were about parting with the royal father, suddenly the bomb was detonated and there was confusion everywhere… we all thought that we were getting out of this crisis situation in Borno State, but with what happened today, everything seems as if we are getting nowhere in our efforts at ensuring peace in the state.”

He therefore asserted that the state government and security agencies would intensify efforts on intelligence gathering in order to achieve the goal of bringing the ugly trend to an end. Pointing out that the issue of dialogue was not only with the state, but also the Federal Government.