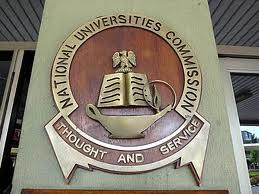 Reports say the suspension was due to their non-compliance with the regulations guiding the operations of universities in the country as stipulated by the NUC.

The authorities of some of the suspended universities of the have reacted to the NUC’s unexpected move by saying that they are shocked, disappointed and embarrassed, claiming the National Universities Commission neither informed them of any form of  wrongdoing, nor sent notice before announcing the decision.

The tertiary institutions also added that they first learnt of their suspension  in the News.

“The point is that it is a big surprise to us.  The university is not being mismanaged by anybody. Our transcripts and certificates are issued promptly. Everybody knows that issuance of transcript is based on request and that is what we have been doing. We also release our results promptly.

He said the university would find out what it had done wrong from the NUC before taking any decision on the issue. “We want to find out  where we went wrong, until we clear from them, we won’t take any decision,’’ he added.

Also, the Director of Communication, Lead City University, Dr. Ayo Owolabi, said the NUC did not inform the institution of any wrongdoing.

He said the action of the regulatory body was also in contempt of the court as an earlier judgment obtained by the institution against the NUC had ordered it not to interrupt the activities of the university.

He  alleged that the action of the NUC was calculated to embarrass the university and “de-market” the institution.  He accused the NUC leadership of bias against the institution.

Noting that the university would make its views known to the public, he said the university had not erred in any way and would continue to carry on with its activities despite the suspension order.

Owolabi however, said the NUC action was capable of discouraging investors in the higher education sector.

He advised that there should be a division between regulatory authorities and accreditation bodies to prevent accreditation exercises from being compromised.

In a telephone interview on Thursday, Aderibigbe said, “We are in Abuja already. We are on top of the situation. We hope that by tomorrow, our license shall be restored.”

Asked what could have led to the suspension of license, Aderibigbe hinted that it could be the part-time programmes run by the school.

The management of Tansian University, Umunya, Anambra State, said there was no cause for alarm.

The Public Relations Officer of the university, Mr. Chidi-Peters Okorie, told one of our correspondents on Thursday that contrary to the story going the round, the licence of the school was not withdrawn, but suspended.

He said, “It is like the accreditation of courses. From time to time, the NUC comes around to set standards and check if you are meeting the standards.”

Meanwhile, management and staff of Caritas University in Enugu State on Thursday stopped its students from protesting against the suspension of the institution’s licence by the NUC.