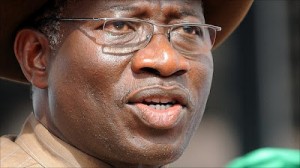 President Goodluck Jonathan has been called upon by the Convener of the Save Nigeria Group. Pastor Tunde Bakare, has called on him  to heed the voice of wisdom and resign now, before the House of Representatives carries out its threat to impeach him over alleged selective implementation of the 2012 budget.

He predicted that there would be no general election in 2015, adding that election would hold before then or sooner. Pastor Bakare said this on Sunday in Lagos, in a state of the nation address, entitled: “How To Change Government Peacefully And Make Society Better,” at Latter Rain Assembly, Ikeja.
He said: “If I were Mr. President, unfortunately, I am not, and I do not envy his tottering position, but, if I were him, I would give no thought to what the world might say of me, or the drum the hangers-on and political jobbers benefiting from the present chaotic disorder might be beating.

“I would not give a damn if I could only transmit to posterity the reputation of an honest man thrust into the boxing ring to fight enemies I am ill-equipped to fight, and I would, therefore, resign before I receive a death blow.”