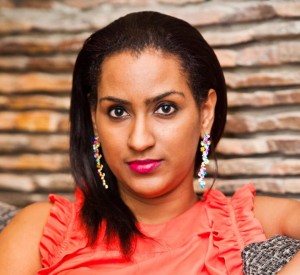 One of the prettiest actresses in Nigeria and Ghana movie industry, and a prolific actress, Juliet Ibrahim, has said so much about herself in a recent interview. The 26 year old actress has a family background that cuts across Liberia and Lebanon.

Juliet who shot into limelight after her movie with Majid Michael in 2007, is always the cynosure of all eyes anytime she steps out at red carpet events.

According to her declaration to gistmaster,”The s*xiest part of me is my personality. Once you get to know me well, my easygoing nature and bluntness will make you like me more and more. I know most would expect me to mention my shape and other features but i believe that no matter how beautiful and sexy one is on the outside,it’s the inner beauty that counts.

On her happiest moment as an actress Juliet said “It would be the fact that i get to live my dreams. Acting is my passion, i get to act as well as be a mother, wife, a business woman,a humanitarian and a role model to millions of people out there.

Generally,Ghanaian films are grabbing so much attention. Some attribute it to the romantic scenes and the way it is done with full graphic details. Juliet says,all well and go but she won’t go nude as an actress. Well,we wouldn’t say if she would change her mind if she is offered millions of dollars.

“I believe all the movies i have shot can speak on how far i could go. My limit is never to go to the extreme. I am an african and a proud one with good morals hence i stand firm by those morals,would never do anything to set a bad image or name for me in society”
“Nollywood and Ghana film industry is nowhere near hollywood for one to choose to be ready to go nude in a movie”
“In hollywood people go nude in movies because they are hardly not the ones in the scenes,rather their body doubles. They are also paid very well and it’s a society that accepts nudity as an everyday thing,unlike africa” she said.

Meanwhile, Juliet Ibrahim is vying to win the Pan African actress of the year award. You can vote by texting: NEA 20 Juliet Ibrahim to 32051on Nigeria telecom networks.