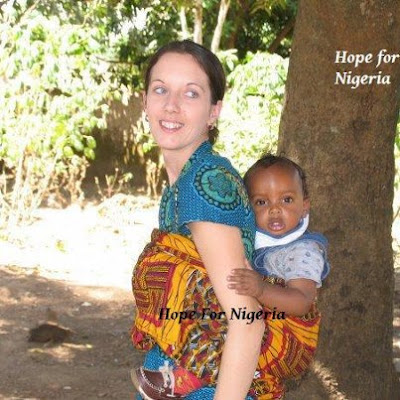 A white American lady who was said to have been rejected by parents because of her love for Black men, especially a Nigerian man, who was also having so much problem among her peers for having a soft touch for Nigerians had the following to say:

“I am a white American that married a Nigerian. I grew up in Bauxite, Arkansas. I have lived in

Nigeria for the past 7 years with my husband. We have two children together. We have been married for 12 years now. My father has never met my husband and has refused to accept my children also.

When I had my first baby, a little girl that is now 12 years old. I called my father and said that I wanted to come and see him for Christmas with my baby. He said, “I don’t want any black people in my home!” and hung up the phone!

I grew up in an all white school with only one mixed girl in the school. I was treated horribly in school because I dated a black boy that lived in the next town at the age of 16. My father told me that he would disown me and to this day, I have never received a phone call from him.

I was called nigger lover in school and nobody wanted to sit by me. I knew what it felt like to be rejected. I was sent away to several different homes for troubled children because my mother did not want me to be with a black person. She would lock the phone up in her room.

But, today I live in the blackest nation, Nigeria. And today I am happy that I did not end up racist like them or should I say ignorant.”