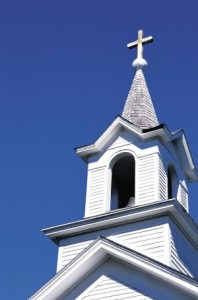 A Customary Court in Ake, Abeokuta, in Ogun State became a theatre of some sort when a cleric, one Pastor Samuel Oyedotun, pleaded that his marriage to his wife be dissolved by the court.

What was however astonishing was the reason given by the cleric for his plea. Oyedun alleged that his wife Lydia, 37, was dating some rich men in his church, and that when he confronted her, she threatened to deal with him ruthlessly. The plaintiff said that all efforts to stop her from continuing in the habit proved abortive.

In regret, he said he wouldn‘t have got married to his wife, Lydia, if he knew the woman was not responsible. Oyedotun said his wife made him believe she was religious when they met, until after she bore two children for him and he discovered she indulged in drinking beer and was also adulterous. This was a source of serious concern to him, he said, noting that he hardly prayed as he used to do before they became husband and wife.

Meanwhile, although the 37-year-old woman denied the allegations leveled against her by the husband, she told the court she was ready to accept the divorce since her husband was adamant. She also pleaded that she be granted custody of the five children the marriage has produced, noting that she knew that the money Samuel would be making from the church would not be enough for the upkeep of the children. The case was adjourned for further hearing.