Python wraps itself around a boy’s leg while the National Geographic cameraman was filming and another was taking a picture of it. Judging by the look of the boy he was terrified at the feeling of the occurrence and all these men could do were to film and snap pictures? Unless one has his heart replaced with music box then one should see these guys need to be prosecuted. What in the world are these people really doing? 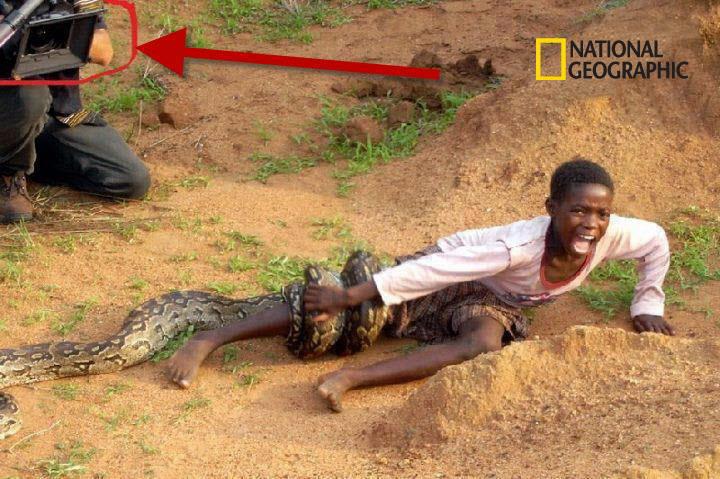