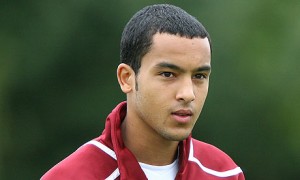 Theo Walcott claims that his delay over the signing of a new deal is not due to money issues and reinstates his desire to stay at Arsenal and acquire legendary status as a striker. He insists that he wants to stay at the club and emulate his idol, Thierry Henry, by playing as a central striker.

Walcott joined the Gunners from Southampton in 2006 and has made 150 appearances for the north London side, though the majority of these have been as a winger instead of his preferred role as a striker.

The 23-year-old is now in the final year of his contract but is rumoured to be holding out for a deal worth £100,000 per week with the likes of Chelsea and Manchester City said to be interested.

But Walcott denies that his financial demands have created an impasse, though he admits that he is unhappy over his deployment out wide.

“You have to ask the manager [why I haven’t signed a new contract],” he told reporters. “It’s his decision.

“I love Arsenal and I love playing with my teammates and hopefully something can be sorted and I can get back in that team and get a chance to play up front.

“I definitely want to play up front. I think I’ve learned my trade as a winger now.

“It has never been a money situation, I am not that sort of player. I have always made decisions about football. If it had been about money I would have gone in the summer.

“In the summer I had opportunities to leave but I didn’t want to go and I have never said I wanted to go. I’ve always wanted to be an Arsenal player and hopefully something can be sorted.