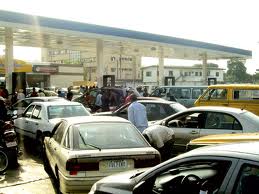 If information emerging from the Nigeria Union of Petroleum and Gas workers (NUPENG) is anything to go by, an end might not be in sight to the current fuel scarcity in the country. For the past two weeks, residents of Lagos, Ogun, Oyo and other states in the country have suffered the pains of fuel shortage.

The Nigerian National Petroleum Corporation (NNPC) had, over a week ago, claimed that the scarcity was as a result of the vandalisation of their 2B pipeline and the murder of three staffers of the Pipelines and Products Marketing Company (PPMC), a subsidiary of the Nigerian National Petroleum Corporation (NNPC) in Arepo, Ogun State.

The NNPC had then promised Nigerians that they would soon flood the market with petrol and make the scarcity a thing of the past. However, the members of the NUPENG have an entirely different story to tell. As most Nigerians already know, the scarcity still looms.

According to National President of the NUPENG, Comrade Igwe Achese, the crisis may linger until government addressed major challenges in the downstream sector. In his words, “The trend will continue until government shows responsibility and act in the interest of the people.” Pointing out that the problem is beyond the vandalisation of the pipeline, he said, “The pipeline in question is NNPC pipeline for product coming in through NNPC. Product coming in from there cannot sustain the country; it is only one channel to Mosimi, Ejigbo and not for the marketers, who are no more importing, and those doing so are selling at exorbitant prices.”