Not too long ago, it was rumoured that Ngozi Nwosu was suffering from an undisclosed illness, owing to her incredible loss of weight. 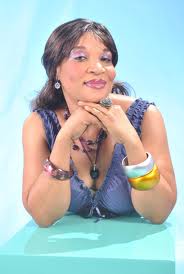 The light skinned actress and “Fuji House of Commotion” star on national TV, is usually a bubbly and merry-go-round person and so it was surprising when people started to notice she had emaciated and her collar bones were becoming glaring in place of a once full and robust body.

At the height of unimaginable insinuations then, the actress had maintained her cool and even dismissed such insinuations by insisting nothing was the matter with her.

However, we can inform you today that sources close to the veteran actress have revealed that she has been suffering from a kidney ailment for some weeks now and is currently receiving treatment at a private medical facility. According to news reports gathered, she is confined to her hospital bed and having difficulty speaking. 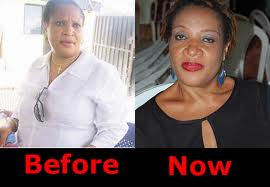 She is the second high profile face in the industry who is presently bed-ridden owing to kidney related ailment. Popular actor and veteran, Enebeli Elebuwa is also bed-ridden and his current health status remain unclear as he had cause to deny being ‘healed’ after a popular ‘man of God’ claimed to have prayed for and healed him of his sickness.