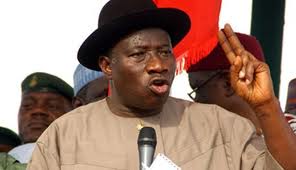 And then a lot of Nigerians will ask: Powers to do what?

This statement from the president was made during the 52nd Independence anniversary lecture with the title “Nigeria: Security, Development and National Transformation”. Also in attendance at the occasion was the former President of Ghana, John Kufour, who identified imbalance in development as the bane of the security situation in Nigeria.

The president did bare his mind on a lot of issues, part of which were the FoI (Freedom of Information) Act – an indeed rare gift from the legislatures to Nigerians! – and the January fuel subsidy protests.

While the president easily waved aside the fact that the masses protested against the fuel subsidy removal, saying that they were “manipulated” into protesting, he does not seem to be very comfortable with the use to which Nigerians – especially the media – are putting the FoI Act.

According to him, “The way Nigerians challenge and abuse me, yes the president has enormous power but if you use that enormous power to some extent you will look like a dictator. In a democratic setting, you want to create an environment where people can create their opinion and that is why people are allowed to talk freely and demonstrate. But are we doing so properly?”