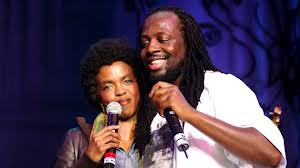 Having amassed a tremendous amount chart-topping and international success producing hits for the likes of Destiny’s Child, Shakira and his former chart-topping group The Fugees among others, Wyclef Jean has decided to share a personal look at his life through a new memoir, Purpose: An Immigrant’s Story. An excerpt of the memoir revealed that Lauryn Hill’s first pregnancy contributed heavily to the group’s breakup. Wyclef didn’t know the baby wasn’t his.

“I was married and Lauryn and I were having an affair, but she led me to believe that the baby was mine, and I couldn’t forgive that,” an excerpt from the book reads. “She could no longer be my muse. Our love spell was broken.” Although fans have known for years that Hill and Jean were romantically involved during their time together as the Fugees, the book fills in the details that were previously unknown.

Wyclef said it was crucial for him to tell the whole story. “Autobiography means that I’m gonna give it to you, and I’m gonna spit to you the year and the era of what it was,” he explained. “Throughout the years, there’s always been different things that’s been said, and I just went into deep detail for y’all.”

“It’s important because at the end of the day, I’m not coming at L,” he said, dismissing any notion that he’s attacking her. “This is a period of my life, and that’s how I felt. If anything, I just brought closure to a chapter — because at the end of the day, I didn’t do Miseducation, so there was no closure in my chapter, but I kept writing and writing. It was important just to be honest. I’m not known to sugarcoat, so it’s either yes or no. And for [someone] picking up something and reading it, I don’t think that I should’ve left it as a myth. Because even if I said it or she said, history is gonna say what it is.”

Although the new details of Wyclef and Lauryn Hill’s relationship might come as a shock to some fans, he said the story could’ve been about 3,000 pages long if he’d had his way, but he doesn’t believe that any of it will upset his former group member. “If she was reading my book, I don’t think she would want me to be any other way than honest with my book,” he said. “Because she’s straight-up honest.”

Did Wyclef just regarded a woman who lied to her as being honest? Lips sealed.