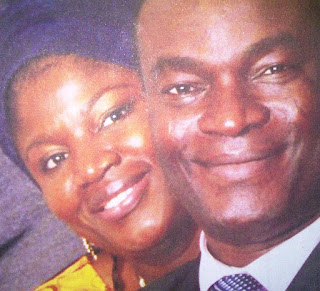 During a church service recently, Bishop David Benenoch, the Founding pastor of Communion Church, Lagos and the President Bishop of Communion Church Worldwide,  announced the end of his marriage to his wife of 20 years and mother of his three children, Esther Benenoch. He was said to have told members he’s seeking for divorce for spiritual reasons and didn’t explain further to his stunned worshipers.

On the other hand, it was revealed that Esther Benenoch is a blogger who’s written so many articles on relationships, marriages, and she’s always written against divorce.

Now the big question is how does a writer against divorce get so swallowed up in the problem of divorce that she couldn’t foresee, let alone avert the encroaching disaster?