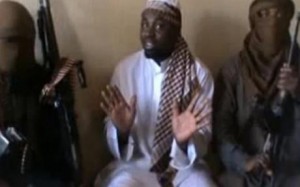 Even as the police have recently claimed that members of the dreaded Boko Haram sect are involved in the killing of about 40 students in Mubi, Adamawa State, an online publication, Premium Times, had reported that a man, who claimed to be a senior member of the Islamic sect, told PREMIUM TIMES on Tuesday that his group had nothing to do with the killings.

According to the man, “We have no business with students or student politics. If students are our target we would have killed them randomly on sight and in their school and not sneak on them in the creeping darkness in an area occupied by both students and residents.”

The man, who PREMIUM TIMES’ investigations revealed to be a member of the group, said if the sect wanted to attack educational facilities, it would have gone for structures and not students. He continues: “What would have been our target as far as I am concerned would have been the building and property of the institution, since it is owned by the government. At least, by now other students elsewhere would have been attacked if students are our concern.”

The man had also pointed out that the mode of attack was not characteristic of the sect’s numerous attacks, “Several statements by our spokesman and Imam in the past have made it clear who our enemies are. I don’t have to repeat it here. I don’t think anybody among us has the time to draw up a list or read it out before executing the students.” How, and when PREMIUM TIMES got in touch with “the man”, they however did not say. Then one would wonder: why are they called Boko Haram?