After Waje recently disclosed that her much-awaited album would not be dropping this year as widely expected, music lovers have shifted their attention to Tiwa Savage whose debut album is expected this year. 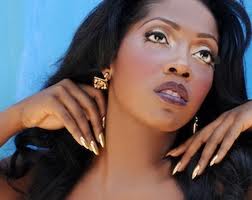 Tiwa Savage was born in Lagos. She graduated from Berklee College of Music in 2007 and has since then been working with music producers in the industry. Tiwa began her music in the UK touring as a background singer for artists such as Mary J. Blige, Sting, George Michael, Chaka Khan, Blu Cantrell, Kelly Clarkson, Andreas Bocelli, Ms Dynamite, Kelly Clarkson and Spice Girls. She participated in the X-Factor, reaching the top 24. She has also worked with Babyface, Fantasia Barrino, Monica and Mya.

In 2009, signed as a singer/songwriter with SONY/ATV.

Since entering into Nigeria’s music industry in 2010, she’s been doing great. ‘Love Me’ was a hit, ‘Kele Kele’ did great. Now fans want more from the music diva.