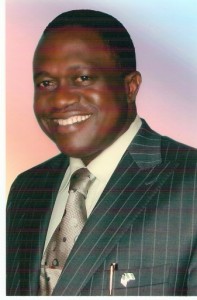 In what can only be described as a very welcome development, the Association of Vice Chancellors of Nigerian Universities have affirmed that political office holders will no longer be bestowed with honorary doctorate degrees, this is in a view to minimizing the indiscriminate award of honorary degrees in the country.

This was made known in Abuja on Monday by the Secretary-General of the Association and immediate past Vice Chancellor of Obafemi Awolowo University (OAU), Michael Faborode. According to Faborode, the new guidelines would take effect from January 2013, and would be referred to as the “Keffi Declaration.”

In his words, “We have observed that the number of honorary degree awardees have become uncontrollably large, ranging from one to 20 in a single convocation ceremony and at times presented in absentia to surrogates… We have also noted that most of these awards are based on wealth, political office, and position as a means of generating revenue with little or no consideration for integrity.

He also added that the selection process should be through the appropriate committee of the awarding university’s Senate: “The award of degree should be given to any professional who has made significant or ground breaking discoveries in the areas of accomplishments, invention, and innovation among others to societal development… This should not be tied to wealth consideration or political alignment, rather it should be based on leadership, service and the contribution of the recipient to social and economic development of the society.”

Henceforth, it is illegal for any university to bestow the prestigious honour on any individual “if it has not graduated any PhD or has no post-graduate school, adding that the use of ‘Dr’ as a title for honorary degree recipients “is unconventional and therefore, not allowed”. Finally, all Nigerian universities have been advised to hold their convocation ceremonies annually, and where possible within the same month each year.