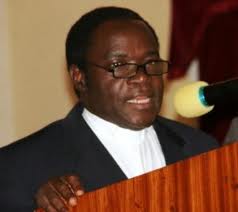 Most Rev. Matthew Hassan Kukah, the Catholic Bishop of Sokoto Diocese, has complained on the way churches and mosques bestow honour on corrupt men and women in the country, thereby encouraging the immoral act.

Kukah was speaking as the guest speaker at the 5th annual lecture of Providence Baptist Church, Dopemu, Lagos, on Saturday. He said such recognition had diminished the clergy’s moral voices. According to him, “The stories of corrupt men and women being given recognition by their churches or mosques as gallant sons and daughters, the embarrassing stories of pastors displaying conspicuous wealth as we hear from the purchases of private jets and so on, clearly diminish our moral voice.”

Delivering a lecture titled, ‘Church and state in the pursuit of common good’, delivered on his behalf by the Administrator, Holy Cross Cathedral, Lagos, Rev. Pascal Nwaezeakpu, Kukah lamented that various institutions in the country had been weakened by corruption and destroyed by political manipulation.

He therefore pointed out that Nigerians must embark on mechanisms that would restore confidence in the security and law enforcement agencies. He said the looting of the state treasury, abuse of power and mismanagement of resources remained a source of worry in the country. Kukah said the church needed to use the wealth of her teaching to encourage Christians to imbibe the values and virtues of the scriptures.