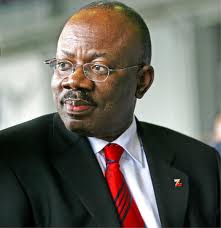 The on-going efforts by the federal government at generating funds for the rehabilitation of victims of the recent flood disaster across the country have received a major boost as the former MD/CEO of Zenith Bank and now Chairman of Visafone Telecommunications, Mr Jim Ovia, donated the sum of N1 billion.

Mr Ovia aside the donation, promised that Visafone would set up emergency call centres across the country to curtail the impact of future natural disasters like flooding and further assured of the company’s continued determination to be in the fore front of corporate social responsibility so as to make Nigeria a better place for all.

While calliing on other corporate organisations not to be left out in the collective task of providing relief for the victims, Ovia said: “We have made our humble donation and we are still looking at other areas of assistance we can render. Plans are afoot towards setting up emergency call centres to mitigate the effect of future occurrence. Since it’s a natural occurrence, we may not be able to stop it but at least, lessen the effect on both the people and our environment through timely action which the call centers can facilitate.”

This was followed up by the setting up of a 34-man Presidential Committee on Flood Relief and Rehabilitation co-chaired by business mogul, Aliko Dangote and legal luminary,Olisa Agbakoba. The committe swung into action when it organized a dinner in Abuja to raise fund for the victims of the flooding during which over N11 billion was realized.

Ovia said his donation was informed by the need to support government in the onerous task of resettling the affected citizens who are currently sheltered in different camps in the states.

He explained that the victims having been displaced would be psychologically traumatized as a result of the untold misery and that it is the responsibility of fellow Nigerians to help them in this time of need.

According to him, millions of our compatriots are currently grappling with the reality of having lost their homes, farmlands and sources of livelihood to the flood and our natural instinct is for all to rally round them for succor and to alleviate their suffering.

The Visafone Founder pointed out that since the federal Government had led the path towards the victims’ reintegration, it behoves on other well-meaning Nigerians to follow suit and contribute to the Fund to help their kinsmen at this moment of discomfort.