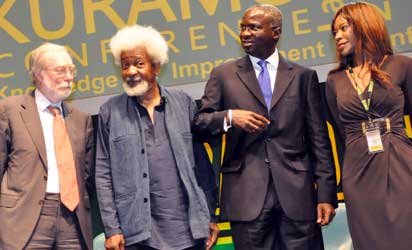 Governor Fashola was speaking at the two-day Kuramo Conference, 2012 themed: ‘The Global Common Wealth’ held in Lagos. Pointing out that the executive failed to do its job on the fuel subsidy scandal, Fashola stressed that the legislature should not have been the first to look at the report but rather, the executive has the responsibility to conduct investigation on the scandal.

According to him, “This is because the executive has the responsibility for law enforcement in Nigeria. And anyone found to be implicated during the investigation should have been dismissed immediately. That was why I said that any public office holder that abuses his office should face severe punishment that is available by law.”

Identifying the oil sector as the most vulnerable sector of the country’s economy, where “the major source of revenue of the country comes from,” the Lagos State Governor believes that business in that sector should be handled more carefully and with more attention by t he executive arm of the government.