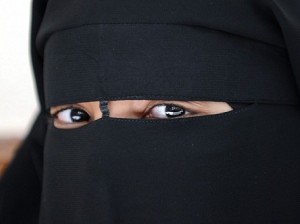 A school teacher in Egypt has received a six-month suspended jail sentence on Tuesday for cutting the hair of 12-year-old girl because the pupils was were not wearing Islamic headscarves, a judicial source said.

Iman Abu Bakr Kilany, a science teacher, said she had been removed from the school in the southern town of Luxor after complaints by relatives of the girls – the only two in her class who did not wear headscarves. She said she was being moved to an administrative job and docked one month’s salary.

Meanwhile, Egyptian human rights groups and women’s organisations condemned the incident as an example of extreme Muslims trying to impose their values on others since Islamists took power in Egypt. Many Egyptian women wear the headscarf, but the country’s Islamic scholars generally said it should be done out of free choice. That view was shared by the Muslim Brotherhood, the group that propelled Mohammed Mursi to the Presidency in June.

Kilany said last month she had asked all her students to put on the headscarf because it was required for girls older than 10 – a view disputed by many Muslims. While Mursi and his administration have repeatedly said they would not impose strict Islamic codes of behaviour, the rise to prominence of an array of Islamist groups alarmed more secular-minded Egyptians and the sizeable Christian minority.