The domestic wing of the Murtala Muhammed International Airport, Lagos, was a beehive of activities as the Nigerian Airspace Management Agency (NAMA) said Tuesday, it had early in the morning successfully deployed an emergency airfield lighting on the popular 2.7 km Runway 18 Left of the domestic wing of the airport, after five years of flight restriction to day-light operations. 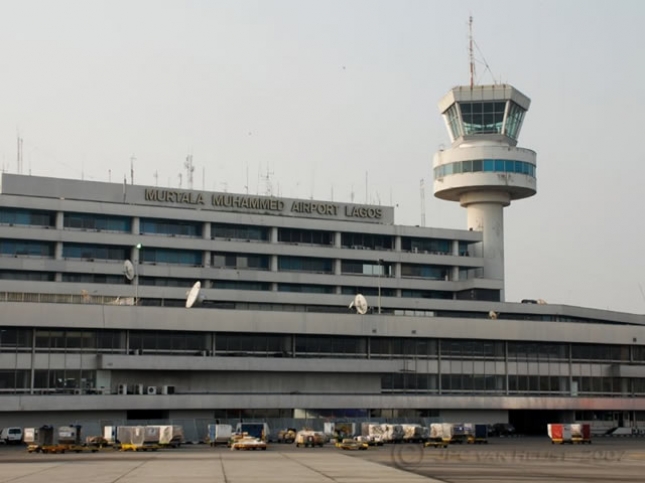 According to a statement NAMA, “What looks like a Christmas gift to the airlines, travellers and Nigerians in general, was made possible by the full co-operation of the Federal Government in ensuring speedy customs clearance and the foresight of the aviation minister, Princess Stella Oduah who has not relented in ensuring quality service delivery at the nation’s airports.

“In all, 66 CALKIT brand of emergency airfield and additional two approach lights were deployed by six NAMA engineers working through Monday night and rounded up early Tuesday morning. CALKIT, is ICAO, FAA and UKCAA certified airfield lighting, meaning that the product is of international standard and safe for deployment in any part of the world.

Speaking on the development, the managing director of NAMA, Engr. Mazi Nnamdi Udoh lauded the commitment of the engineers who defied all the family pressure at this yuletide season to work round the clock to deliver the immediate deployment of this vital navigational facility on the runway.

“We are indeed grateful to the federal government, especially the hard working minister of aviation, Princess Stella Oduah who took the initiative to transfer this safety critical operation to NAMA earlier in the year and withstood all pressure to sustain the successes recorded in the industry.

“With this latest achievement, we can proudly say, travellers should expect more deployment of modern equipment to drive our vision of quality delivery at airports across the country in the new year.”