The four South Korean workers kidnapped by gunmen earlier this week in Bayelsa state have, have regained their freedom unharmed, a foreign ministry spokesman said Saturday. 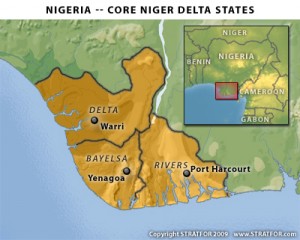 The four unnamed foreign nationals who were workers for South Korea’s Hyundai Heavy Industries, were abducted by armed men Monday while working at a construction site in the Niger-Delta region Bayelsa state.

Two Nigerian co-workers were kidnapped alongside the South Koreans, with one apparently released soon after the incident, according to Hyundai. There was no information on whether the other Nigerian was also set free Friday.

It is also not known if a ransom was paid.