Police shot dead a television journalist on Sunday when they opened fire during a protest against a s*xual assault on a film actress in India’s northeast, an official said. 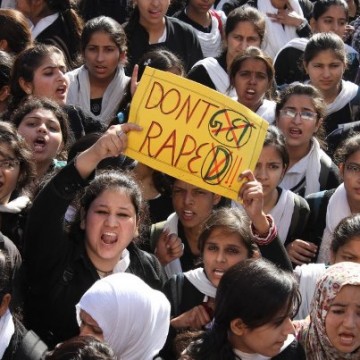 The 36-year-old, who was working for the Doordarshan network, was “killed in police firing” in Imphal, capital of Manipur state, police spokesperson, A. Singh said.

The shooting comes amid a wave of protests in India over a student’s gang-r*pe in New Delhi last weekend.

Manipur has been rocked by its own series of protests after the actress known as Momoko,22, was assaulted in public glare last week by an armed militant belonging to a banned rebel outfit despite the presence of security personnel.

He then tried to r*pe her but she managed to fight him off and flee.

Anger over the attack on Momoko has been further fuelled by the outrage over the gang-r*pe in Delhi which has highlighted the levels of violence against women in India.

The journalist died on the spot from one of the bullets, Singh said.