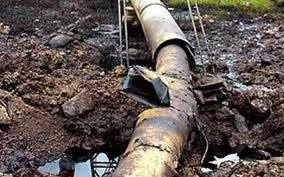 A medical doctor was one of 25 suspected vandals nabbed for allegedly vandalising pipelines in different parts of the country, information emerging from the Inspector General of Police’s Special Task Force on Anti-Pipeline Vandalism Unit, Force Headquarters Annex, Lagos, has revealed.

This was made known by Mr. Friday Ibadin, Assistant Commissioner of Police (ACP) in charge of the task force, in Lagos, on Thursday, while parading the suspects before journalists.

According to him, the doctor, who has a clinic, claimed that he went into the business because it was more lucrative than the medical profession. Ibadin said that some of suspects were arrested in Ikorodu, Takwa Bay, Altlas Cove and Owode in Lagos State, as well as Ibafo, Igbesa, Iperu, Sagamu and Fidewo in Ogun respectively.