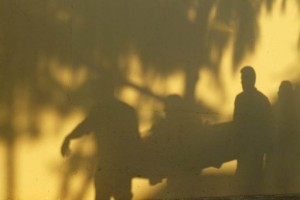 Two South Africans have been arrested for “borrowing” a corpse from a funeral parlour in order to complete an elaborate life insurance scam, police said Monday.

A 35-year-old woman and a 42-year-old funeral parlour owner were arrested by the police after a tip-off, as they tried to pick up a body for burial.

The pair is accused of creating a fake woman called “Aphiwe Ntombela,” insuring her via three different companies and ultimately declaring her dead.

Hoping to lay claim to a $11,000 life insurance, the unnamed 35-year-old managed to secure a birth certificate, insurance and even pay the premiums on time for the fake Aphiwe.

But when it came to killing off a person who never existed, the suspect ran into problems.

The 35-year-old approached the funeral parlour owner near Durban and according to her police statement, asked him “to ‘borrow’ her a female body from his mortuary.”

A corpse was duly supplied and taken from the funeral parlour to a doctor for certification of death and the claims were then lodged.

The suspects were charged for fraud and were due to appear in Durban Commercial Crime Court on Sunday (yesterday), police said. [AFP]