The Action Congress of Nigeria (ACN) has reacted to comments credited to former President Olusegun Obasanjo, who told members of his party, the Peoples Democratic Party (PDP), Lagos chapter, when they paid a courtesy call on him in Abeokuta, to find new strategies of winning the governorship of Lagos State from the ACN. 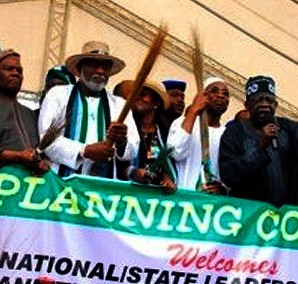 The National publicity Secretary of the ACN, Lai Mohammed, in an interview said Mr Obasanjo was merely having a good time when he was speaking about the PDP sending the ACN packing from Alausa house in Ikeja.

“Ten of them, ten ‘Obasanjos’ cannot take over Lagos from ACN,” he said.