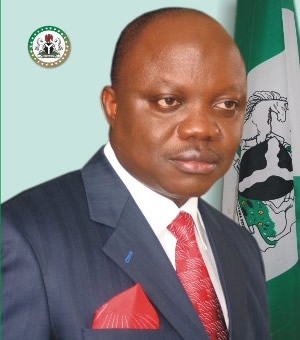 Gov. Emmanuel Uduaghan of Delta has promised that the state capital Asaba will adorn a new and befitting look as the best state capital in Nigeria.

Uduaghan made the promise in Asaba on Tuesday when he visited the Asagba of Asaba, Prof. Chike Edozien, to felicitate with him on his return from treatment abroad and to wish him Happy New Year.

He said that his administration would take advantage of the current dry season to accelerate the construction of roads and drainages in Asaba. He said: “we want to ensure that Asaba wears a befitting status.

“We assure you that we are still going to work on more roads, as 10 additional roads have been mapped out for construction in Asaba. “We also want to also inform you that the seat of government has been moved from the old to a new government house in Asaba.

“The new Government House is one of the best in the country,” the governor said. Uduaghan informed the Asagba that the state would host the National Health Summit toward the end of January.

He also used the opportunity of the visit to brief the monarch the ordeal the people went through during the flood that ravaged the state while the Asagba was out of the country.

Responding, Edozien congratulated Uduaghan for bagging the national honours award as a sitting governor. He also commended the government for constructing a new Government House and other ongoing projects in Asaba.

He said that Asaba desired nothing but the best to make it a befitting capital and urged the governor to expedite action on the roads and other projects in Asaba.

“I heard about the flood and your prompt action to mitigate its impact when I was abroad. When I returned, we prayed that the government will do more to make Asaba the best capital in the country,’’ he said. (NAN)