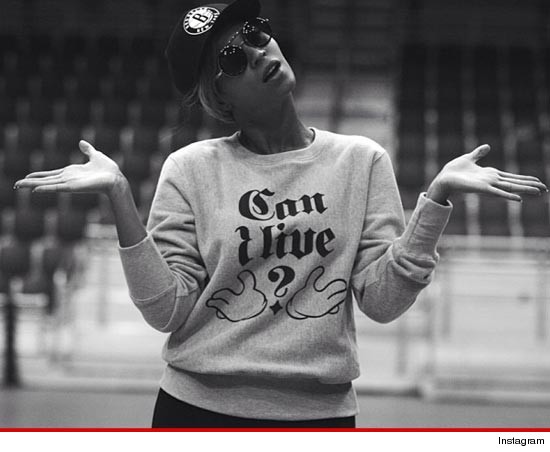 Beyonce is finally breaking her silence on the crazy lip-syncing controversy that broke earlier this week … kind of … by posting a picture of herself online with the message “Can I live?”

Beyonce — who has yet to address the allegations she faked her way through the National Anthem on Inauguration day — posted the cryptic snapshot on Instagram Saturday night.

Bey is seen wearing a sweatshirt — while practicing for her upcoming Super Bowl gig — which poses the question “Can I Live?” … the title of a song by her husband, Jay-Z.

It’s clear from the pic … either Beyonce is telling the world to back the heck off … or she’s just a totally supportive wife.