20-year- old David ‘Davido’ Adeleke expressed his anger when he attacked a blogger, Sheifunmi, by calling him a ‘fool and a fagg*t’ on twitter. 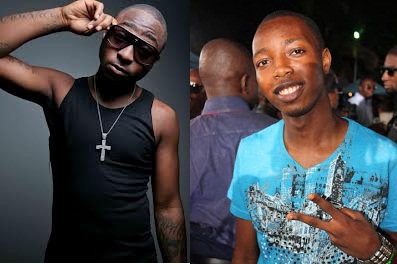 The singer was reacting to a follow up story done by the MTV Base man done on Davido’s father’s marriage break-up with his wife of two years, which hit the news headlines last week.

Tweeting the story, Shefunmi posted the headline of the story on his (Sheifunmi) twitter page, which Davido found offending.

Reacting to the story, Davido tweeted at the blogger “U r a fool! Fagg*t.”

Davido has now come under attack from fans who label him ‘a spoilt little brat’ that is being intoxicated by fame and fortune.