So I got a mail yesterday from an IT person revealing a lot about what some of our Nigerian celebs are doing on Twitter. 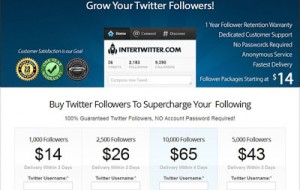 Quite a number of them are artificially inflating their Twitter followers to make themselves appear popular online.

It’s like a big competition now; who has the most followers, who has the biggest fans etc.

I have names and numbers…and how much some of them are paying to get these fake followers, but I will leave all that out, there’s no point! . One celeb went from 73k followers to 150k followers in less than one week. They do it in a way that people who are following them do not even know they are following them, and when you find out you are following them, you can’t even unfollow them. But the good thing about it is that the Twitter accounts they target are mostly those of foreigners. And it cost less N1.5k per follower..in case anyone is interested…:-)

US presidential candidate, Mitt Romney, was recently called out for his fake twitter followers and Youtube recently stripped 2 billion views from Justin Bieber, Rihanna, Beyonce, Rita Ora, Michael Jackson’s videos on its site amid fears the figures were artificial inflated.