Eva Alordiah shares her music experiences and relationship challenges in a recent interview. 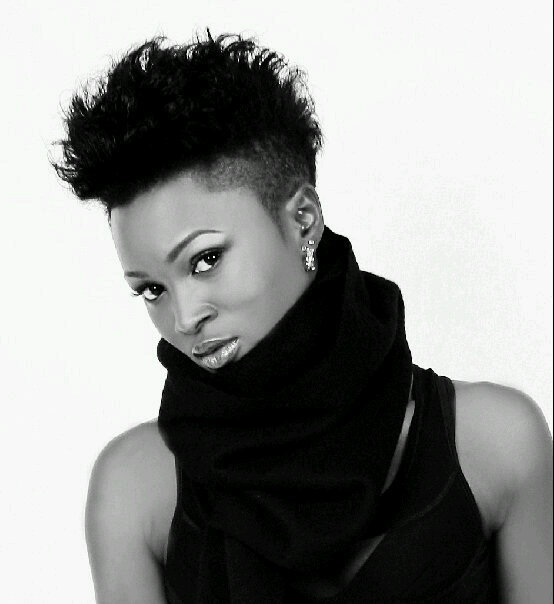 About my weird hairdos

I have always want to be different. I never like to blend in with the crowd. It is not just because of music, I have been like this for a long time. I remember back in the days when my friends were measuring their beauty with the length of their hair. I was not interested then so I cut my hair. I had my hair coloured when I was 15 and my mother did not really mind because I was not bringing trouble to the house and I did not have bad grades. I was just messing with my hair. I have been messing with my hair for a long time. I really just like to be different. As long as what you are doing does not bring shame to the name, Alordiah, and you are focused on school then my parents are okay with you.

Parents’ reaction to choice of career

Because I was in school when my music career started, they did not like my career path. They did not exactly tell me to stop doing music. My father just told me that I had been serious with school for a long time and he hoped that I would not come back home and say I wanted to drop out. He advised me to ensure I finish school. I love school, I have always loved school, I was one the best students in some courses. It was entertaining to me. I just was not on the path of dropping out to do music. Because he understood that, he let me do it, knowing that I had always been good with my grades. I don’t think he really had problems as such. My parents are very sweet and calm. They would let you do what you want. I know that my father can not stand tattoos. That is the one thing I know he can not stand, not that I want to have tattoos. There are boundaries. I don’t think wanting to do music was crossing that boundary with my parents. My parents are very supportive people.

Coping with my academics and music

I was a science student. I was not a bookworm but I knew I had to get out of school with good grades. It has been like that for me since primary school. There was a time in primary school that for four straight years straight I was between the first and third position. In secondary school I was in science class and I had very good grades in the subjects I did. The only problem I had was with further mathematics. I did not enjoy that subject at all. It was at Bowen University that music really kicked in and it happened in my final year. That was when I really wanted to start doing rap. It was a tough year because it is a year you have to get out of school without any problems. Luckily for me when I started in school, my CGPA was on a first class basis. I started out with a first class and in school it is either your CGPA increases or drops. It was difficult to increase so I made sure I had a Second Class Upper Degree. The kind of school I finished from doesn’t let you do anything. The only time I could express myself in terms of music was in the school shows which happened like once a year. I never had the temptation to drop out of school. The kind of house I grew up we don’t get things on a platter. We did not have everything that we wanted but we had what we needed. My father would go out of his way to provide for us so we would not be envious of other kids. Knowing that my parents went out of their way for me made me know I had to be my best in school.

Her issues with Eldee

Allegations that my song promotes drug use and abuse

That is the misconception people get from my song titled high, which is one of my father’s favourites. If that is one of his favourites, it should tell you that older people understand better than the younger people. The younger generation does not like reading anymore, nobody reads. Everybody is shallow which is one of the reasons why the music we have in the industry is the way it is. I am not surprised that the song is being misinterpreted because that is what the younger generation keeps talking about these days, getting high. If you listen to the lyrics of that song, it is not about using drugs, it was about going through struggles in life. Which is what I was going through and at the end of the day what I really love to do which is my music becomes my getaway. It becomes my high. That was what “High” was all about.My music does not promote drugs and drug abuse, I am not a fan of drug usage. I do not smoke and I do not drink. My music promotes love, unity, peace, I am all about love and happiness.

I am single but not searching. My mother is working on that. She is going to get me a husband from the village. I don’t know how the search is going for her though. I think Nigerian men are fine, we have the best crop of men in Nigeria. My major priority is to be focused on necessary things. I don’t see relationships as unnecessary but I see sex as unnecessary. I am not a married woman, it is not something I would wake up in the morning and say I would indulge in it. It was created for married people. It is seen as a part of relationships by this generation because people are influenced by what they see on television and read in magazines. The youths are getting very enlightened.