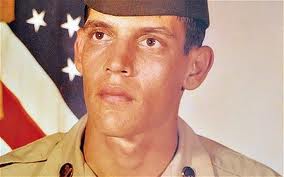 The remains of Joseph Schexnider, lost for 27 years, were finally discovered lodged in a brick chimney in the Abbeville National Bank in Louisiana.
The bones were found in May, when the bank was making renovations on the second floor, which had been long used for storage, to make more office space. The identity of the body was confirmed this week through DNA.

“This was absolutely the first chimney recovery we’ve had,” Mary Manhein, who is the head of FACES, the lab of Louisiana State University who identified Schexnider’s bones, told the press. There were no dental records available so that the laboratory had to base results on DNA evidence after police obtained a reference sample from the Schexnider family, who lives in the area.

“No one will ever know,” she added. Police found a pair of gloves in the chimney, but one can only speculate on its meaning.