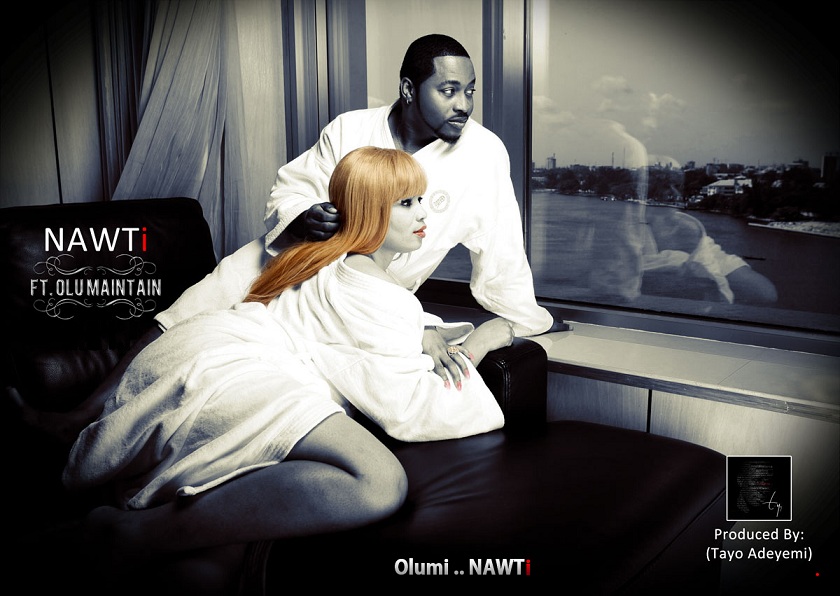 Nigeria’s very own Award-winning singer, Olu Maintain’s R&B single ‘Nawti’, released last year, enjoyed impressive reviews from pundits at home and abroad, winning a couple of awards. His new single, ‘Hypnotize Me’ featuring American rapper 50 Cent and velvet-voiced songbird Olivia, was released yesterday. The singer hopes to make a big impact in the industry with this musical ‘marriage’. He speaks on how he has fared in the recent past, his new plans and sundry issues.

On Winning NMVA Award: “It just makes me feel that hard work has indeed paid off, having been quiet for about three years and nominations popping out everywhere to the extent that ‘Nawti’ won the Best Video of NEA Awards in New York.

“‘Nawti’ was also nominated as the Best R&B Song at the Hip Hop World Awards, and I learnt that the only reason it wasn’t nominated as the Best Video at the Hip Hop World Awards was that no video directed by a foreigner is ever nominated. I don’t know why. They should have asked because the director of ‘Nawti’ video is Kehinde Nayomi Smith, and she’s a Nigerian. She was in Nigeria recently for the first time when I won the NMVA Award.

“But going forward, 2012 has been a very eventful year because my target was to release the album for 2012. With success of Nawti and the dynamism which the music industry was taking, I slowed down on the songs I had recorded initially because I have not been satisfied that I have put in my best into the ‘CHOOSEN ONE’ album. So, I went back to the studio and stared recording again. But now, I can confidently say that the album is coming out in the first quarter of this year and the second track on the album titled ‘Hypnotize Me’ features two international artistes.”

On the Title Of the Album: “The reason it’s ‘CHOOSEN ONE’ with double ‘o’ is that it’s a ten-track album, and each of the letters that come together to form the acronym, represents each track on the album.

“There’s a remix of ‘Nawti’ in the works, and I found a new PR team in America called KNX based in Los Angeles and they’re trying to stock my songs and see the possibility of it pre-listed on mainstream radio and the response has been positive. They’re the ones making collaborations with the international acts that I’ve been working with.

“For me, doing collaboration with any international artiste should not just be by the star power of the artiste; it should be by merit that this artiste can genuinely do justice to the song in question. So, if I was asked who I would love to do collaboration with, a female singer that is equally as pretty and has a beautiful voice, my choice would be Olivia because I’ve always been her fan. So, when we met and I played her the song, she liked it and said she was willing to do it. Then we met in New York at the Platinum Studio owned by Jerry Wonder, one of the most sought after producers in the world.

“Coincidentally, Olivia is Jerry Wonder’s new artiste as well. 50 Cent has his lines on this track too. And there was this chemistry upon our meeting and we did the song with a beautiful experience and the video too is on the way.

“Everything is pretty much falling into place and I’m more than happy that I’ve waited this long. In terms of quality, you should never compromise because you have the obligation to always beat your best. So far, my name has evolved from Mr. Yahooze to Mr. Nawti. So, I look at ‘Nawti’ as the best effort that I’ve put out there and Hypnotize Me has to come to beat what Nawti has done.”

Assesment Of the Industry In 2012: “In all fairness, the industry has evolved bigger and more eventful in 2012. The Nigerian music industry is breaking more frontiers. Afro Beat is now a genre that’s now officially accepted in the UK and the larger parts of Europe and we have international record labels signing Nigerian artistes. We have more collaboration with international artistes as well.

“2012 was big and 2013 is going to be bigger. This is encouraging from what the industry used to be some ten years ago. This is just a motivation to keep striving harder yearning for music that has substance. Nigerian music industry has gained a lot although; in its growth, it still lacks some level of development in terms of structure. Recently, I learnt that COSON has been able to get some level of publishing for some Nigerian artistes who have had songs over time. I’ve not got anything from COSON but that is a welcome development from COSON because Nigeria is the only developing country in the world where artistes don’t get publishing for airplay. Go to the UK and the US, one of the major income generating avenues for artistes is shows/concerts but everywhere else in the world publishing plays a larger part in financial rewards that an artiste gets. So for COSON to have intervened to forcefully demand for what is the right of Nigerian artistes, I think it’s a positive development. It’s like a marriage. A typical young man is not ready for marriage but when you find yourself in a situation where it’s inevitable to be in that circumstance, you deal with it. You manage it and you excel in it. So, if the Nigerian media hides behind the excuse that it’s not ready yet, nothing will move forward. Saying you’re not developed enough to impact in policies that the Western world has been doing for decades, you’re basically running from responsibilities. It’s like a loser’s statement; that it’s not going to be easy is not an excuse for it not to start. COSON has started. If everyone has that mentality that we want to follow the structure that we look up to in the west, then it can in no way be a step in the wrong direction.”

2013 Of My Dream: “2012 for me was a production phase. It was a phase where Olu Maintain came out of a three-year hiatus and when he came out, he made a statement. So, the Olu Maintain brand is now known as one that doesn’t make a statement every time, but when it does, he gets it right. Coming up from a split in a group called Maintain, it made a global statement with Yahooze. And after three years hiatus, he made a statement again with Nawti, both the video and audio and won awards. So, in 2013, you can only expect that the production phase is over and it’s now an exhibition phase. Tours, endorsements, concerts are in the offing for the brand Olu Maintain in 2013.”

Collaboration With Nigerians: “There’s a track in my album titled ‘Naija A-list’, and it’s a beat produced by a young producer, Yung D. He has produced quite a number of successful songs in 2012 and one of them is Timaya’s ‘Bum Bum’. This is the part I want to have collaboration with five best Nigerian rappers, so I called it ‘Naija A-list’. I have my choices but I’m not going to subject the feature on the song to my decision making alone. I want to let my fans decide who the best five are. It will be an online campaign and people are going to vote for their five best Naija rappers which will be like a survey among industry heads and fans out there.”1