Adele made her first public appearance with her new baby as she arrived in Los Angeles ahead of her performance at the Golden Globes this weekend.

The singer will be performing ‘Skyfall’ at the awards show in Hollywood this Sunday, 13th of January, as part of the 50 year celebration of the James Bond films.

With her boyfriend absent, Adele donned black leggings, a black top and a cardigan and carried her son, whose name has not been revealed to the public yet. 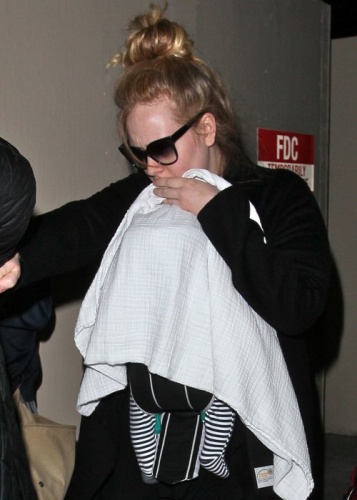