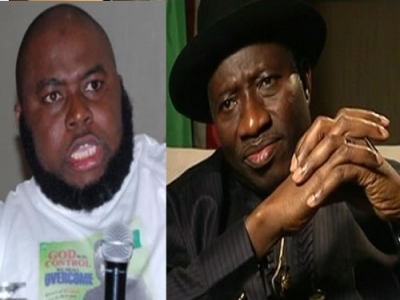 More light has been shed on the reasons behind a former militant lord, Alhaji Mujahideen Dokubo-Asari’s recent outburst against the administration of his perceived principal and President of Nigeria, Goodluck Jonathan. Although the reasons are not coming as a surprise as most could quickly discern, it was learnt that the former militant was angry over the revocation of his multimillion naira contract with the Nigerian National Petroleum Corporation (NNPC).

Information Nigeria recalls that Dokubo-Asari had, at a recent press briefing, descended heavily on the Federal Government, rubbishing the the present administration and decrying some of the government’s policies, even though he had at some time in the past, sang high praises of the same government.

Fresh facts, as revealed by  the Special Adviser to the President on Niger Delta, Honourable Kingsley Kuku, indicates that the former militant leader was hard hit by the decision of the management of the NNPC to revoke the contract it awarded to some of the former militants for the security and protection of oil pipelines and installation in the Niger Delta area.

According to Kuku, Dokubo-Asari was well notified of the decision to revoke the contract and the reason behind the action. The government, he said, wanted to ensure equity and proper protection of oil pipelines and not just to give patronage to some individuals in the Niger Delta because they are former militants.

Honourable Kuku, who is also the chairman, Presidential Amnesty Programme, at a media interaction at the weekend, disclosed that the revocation of the contract by the NNPC was not punitive, but meant to restore sanity into the entire operations.

“It was taken to bring order to the entire programme. For instance, Dokubo-Asari, who is my friend, was told to register his organisation with the Corporate Affairs Commission. Upon registration of a proper company, he would, of course, have his staff working for him. If he had done that, he could then reapply for the same contract,” Kuku stated.

He further added that government felt the need to properly channel security activities in the Niger Delta by ensuring that those given the contract to secure pipelines had full control of their areas and that they were from the particular area the pipelines passed through.

Therefore, it would be improper for Dokubo-Asari, “who is from Kalabari, in Rivers State,” to take the contract to secure pipelines in Bayelsa ahead of a native of Bayelsa, just as it was doubtful if Tompolo (another notorious militant) would secure Kalabari area better than Dokubo-Asari.

“Government felt that the security of the pipelines should be well spread, for maximum effects and that people from a particular area should secure the facility in their area. That way, we would have effective protection for these facilities,” he stated, adding that government wanted to do things the right way and not just appear to please some individuals.

“What If another government comes tomorrow and decides to discontinue with the arrangement? I believe the decision was taken to even protect the interest of the like of my brother, Dokubo-Asari,” Kuku said.