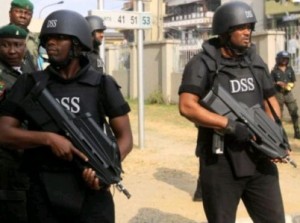 An official says two Nigerian journalists have been freed after being detained without charges for more than a week by the nation’s secret police following writing stories about a radical Islamist sect and alleged military abuses.

Mohammed Garba, president of the Nigerian Union of Journalists, said Tuesday that Musa Mohammed Awwal and Aliyu Saleh, journalists with the weekly Hausa language newspaper, Al-Mizan, were freed around noon. Garba said the two men had not been abused or mistreated while in custody. He said the two men may have to return for questioning again by Nigeria’s secretive State Security Service.

The two journalists were arrested Dec. 24 at their homes in Kaduna. Their newspaper has published a series of stories about alleged military abuses and the sect known as Boko Haram. (AFP)