Brooke Greenberg is a 20 year-old lady but after a glance at her, you need nobody to tell you “she’s a toddler”. She was born in 1993, yet somehow both her mind and her body failed in developing beyond infancy. 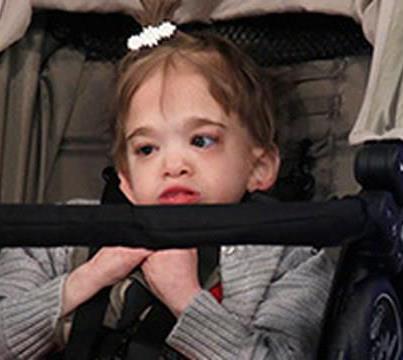 In other words: physically and mentally speaking, her age is somewhere between one and three years. As her father, Howard Greenberg, put it, “From age one to four, Brooke changed. She got a little bit bigger. But age four, four to five, she stopped.”

Doctors explain that, for the time being, they are busy trying to pin down the genetic mutation responsible for Brooke’s being a 20-year-old toddler.

Because more questions have been raised than answered, the specialists looking into this case agreed to not rush into establishing a formal diagnosis and settled for referring to Brooke’s condition as Syndrome X.

Apparently, the doctors investigating this medical mystery agreed that it would be best to look at this girl’s DNA as a result of their finding “no apparent abnormalities in her endocrine system, no gross chromosomal abnormalities, or any of the other disruptions known to occur in humans that can cause developmental issues.”

Interestingly enough, scientists hope that, by analyzing this 20-year-old’s genetic makeup, they might be able to gain a better understanding of how to treat several medical conditions which are in one way or another related to old age.

Thus, Dr Eric Schadt argued that, were it to be proven that the abnormal genes which are keeping Brooke from growing up are also involved in aging related processes, it might be possible to manipulate these genes in order to tackle disorders such as Alzheimer’s, Parkinson’s and several types of cancer.

Medical mystery aside, Brooke’s family admit that, despite their loving the girl, they sometimes lie about her age when random strangers ask them about how old she is.

“’My system always has been to turn years into months. So, if someone asked today, I might say, she’s [20] months old,” Mrs. Greenberg confessed.