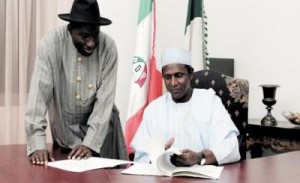 The former minister, who was speaking while delivering the Convocation Lecture of the University of Nigeria, Nsukka, UNN, noted that Nigerians had lost dignity because of ravaging poverty arising from poor choices of the elite, corruption and lack of investment in education. Recalling that Nigeria had enjoyed five cycles of oil boom since independence, Ezekwesili decried the failure by the leadership to convert oil income to renewable assets through the development of human capital and other sectors through investment in foreign assets as other resource-rich countries did with their oil income.

Her words: “The present cycle of boom of the 2010s is, however, much more vexing than the other four that happened in the 70s, 80s, 90s and 2000s. This is because we are still caught up in it and it is more egregious than the other periods in revealing that we learned absolutely nothing from the previous massive failures.”

She further lamented “the squandering of the significant sum of $45billion in foreign reserve account and another $22billion in Excess Crude Account being direct savings from increased earnings from oil that the Obasanjo administration handed over to the successor government in 2007… Six years after the administration I served handed over such humongous national wealth to another one most Nigerians but especially the poor continue to suffer the effects of failing public health and education systems as well as decrepit infrastructure and battered institutions.

“One cannot but ask what exactly does this level of brazen misappropriation of public resources symbolize? Where did all that money go? Where is the accountability for the use of these resources and the additional several hundred dollars realized from oil sale by the two administrations that have governed our nation in the last five years? How were these resources applied or more appropriately misapplied? Tragic choices.”