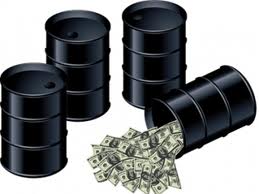 An international organization, the United States-based Global Financial Integrity (GFI) has released a report on currency laundering across the world as it documented Nigeria as a leading source of illicit financial outflow in Africa, the country’s leaders having stolen a huge sum of $182 billion out of the country in 10 years.

Co-authored by GFI’s Lead Economist, Dev Kar, and GFI’s Economist, Sarah Freitas, the report is the first by the organisation in incorporating a new, more conservative estimate of illicit financial flows, as Nigeria ranks 8th among 20 countries put under review on illicit financial outflow.

According to its recent statement, the GFI said it used the World Bank and IMF data to quantify and pattern the illicit financial flows coming out of developing countries between 2000 and 2009, which depicted “Nigeria as the leading source of illicit financial outflow from sub-Sahara Africa” within the period.

The GFI report had shown that developing countries lost US$903 billion in illicit outflows in 2009, although there was a significant decrease from the US$1.55 trillion they lost in 2008, the decrease arising essentially from global financial crisis within the vast majority of countries and not due to improved governance or economic reforms.

Share
Facebook
Twitter
WhatsApp
Previous articlePHOTO: World’s Most Expensive Sandwich Costs $237 And Is Covered In Edible Gold Dust
Next articleAPGA/APC Merger: It is better to be a majority in a minority than to be a minority in a majority – Obi
- Advertisement -