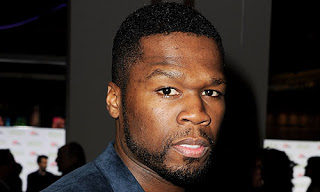 Curtis Jackson aka 50 Cent is really trying to make his name a household name in the movie business as he has appeared in movies alongside some big names in the movie business like Robert De Niro (Freelancers), Al Pacino (Righteous Kill), Ray Winstone (13) and Jason Statham (13). Now the rapper/actor is allegedly taking up another project which would require him travelling to Nigeria.

According to Flytime, 50 cent would join some well known faces in the Nigerian movie industry as well as some ex-militants of the Niger Delta region of Nigeria some time this year to work on a Nigerian movie.

At this time there isn’t much to go on about the movie other than the involvement of Emeka Ike in directing the movie. However as soon as more information is revealed i’d gladly share with readers.